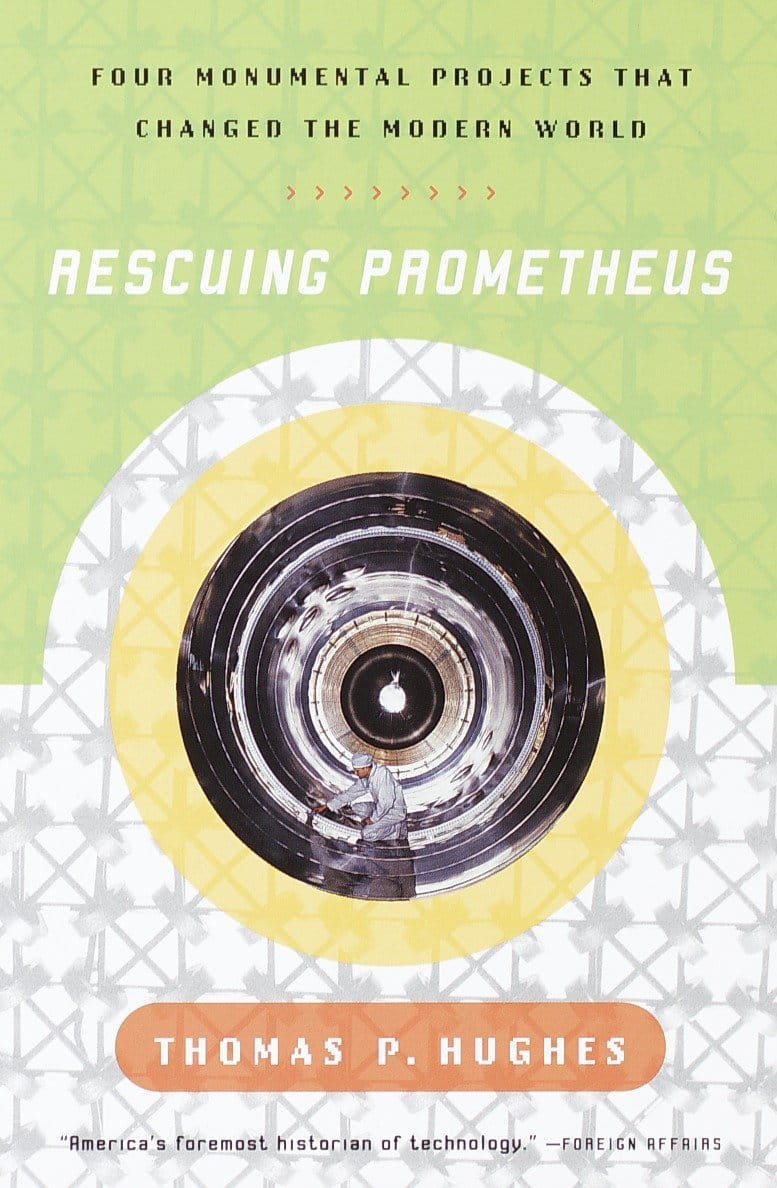 Rescuing Prometheus details the nearly-unfathomable scope and scale of four projects undertaken by the US in the last half of the 20th century. Those projects are the SAGE air defense system, the Atlas rocket, the Central Artery / Tunnel project, and ARPANET. All four reflect the power of public/private partnerships between the military and top academic institutions, and Hughes details the particular challenges each faced in coming to fruition.

The most interesting aspects of this book were the evolution of management styles from the earliest to the most recent. The Sage program employed an extremely hierarchical, top-down, command-and-control style of management, while ARPANET was built by a group of academics with little overarching management whatsoever. But each project was successful in its own right. Does this mean that these management styles can all be put to good use today, or were they only reflections of the time in which those projects were active? I lean towards the latter.