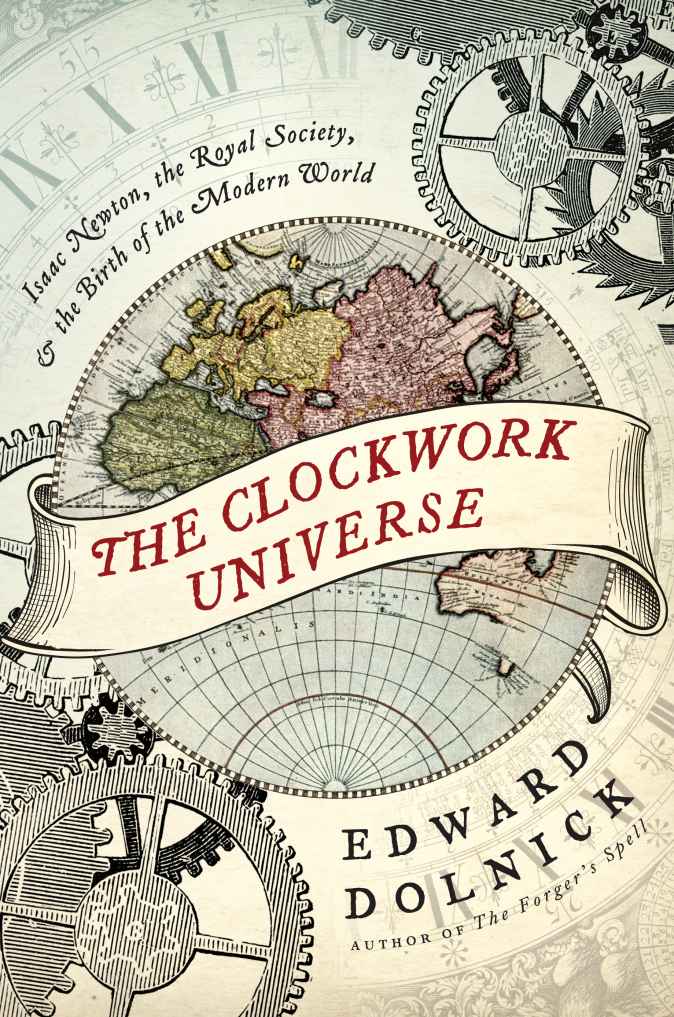 Isaac Newton was one of the most enigmatic geniuses of all time. He lived a bizarre life, mostly cloistered away from civilization and society. He had no friends, no wife, no children, and no real interests outside science and mathematics. But he invented calculus, and without the aid of modern scientific measurements, deduced the laws of gravitation that govern the universe.

The Clockwork Universe dabbles in biography, outlining some of the major forces in Newton’s life. Despite the subtitle, the Royal Society doesn’t figure much into the narrative — Newton’s rivalry with Leibniz is the central pillar, which is not terribly surprising.