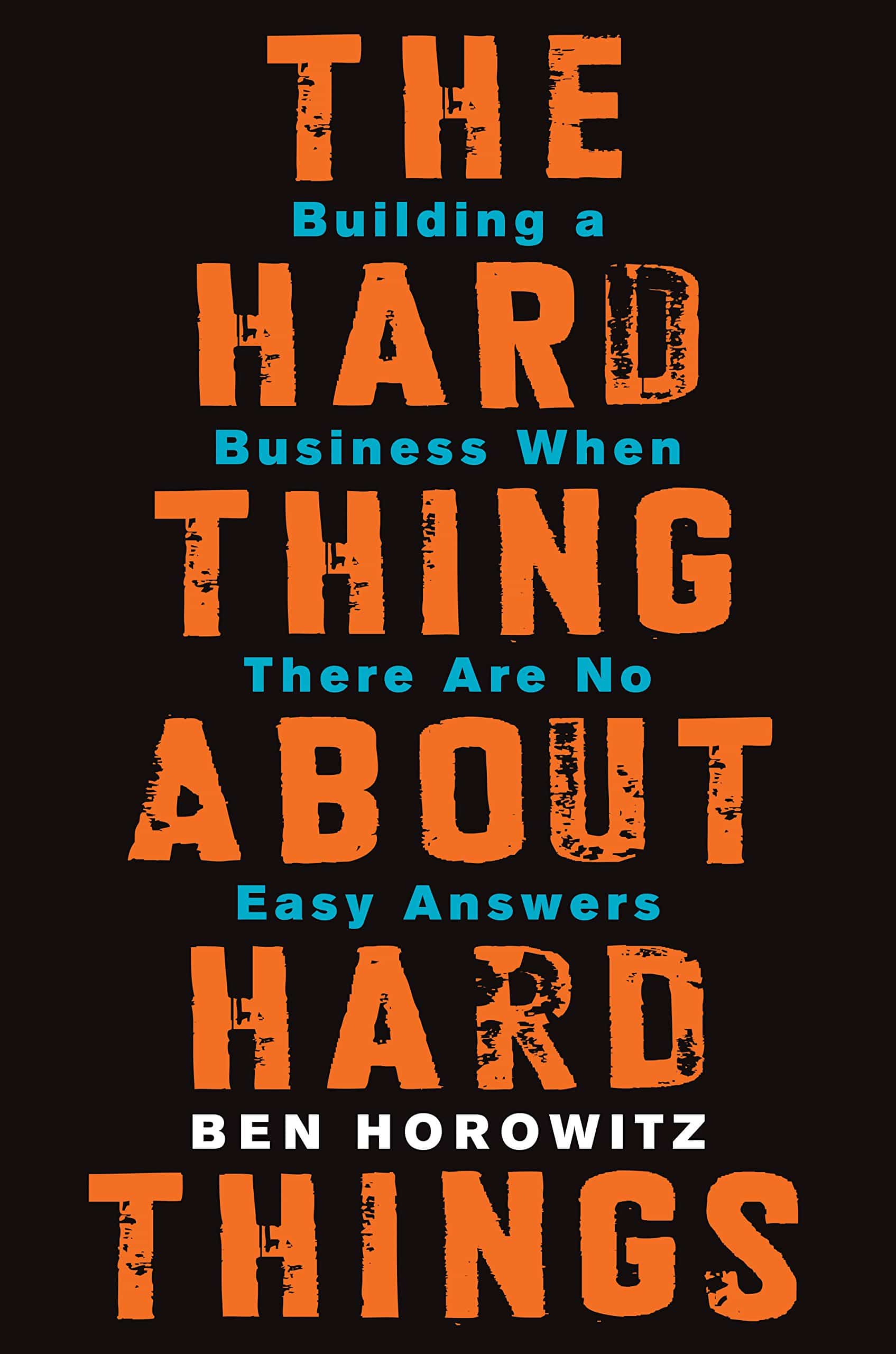 This book was described to me as “a tablestake in the modern tech / startup management ideology & discourse.” Being a manager at a tech startup, that was all the recommendation I needed.

Ben Horowitz is a very influential person. Whether it’s through his management of Netscape and Loudcloud in the '90s and '00s, his investing with Marc Andreessen, or his writing and speaking, his ideology has been absorbed in the tech industry as received wisdom. This influence isn’t without merit; Horowitz has a lot of good (and important) things to say about management. In management, sometimes (most times) you have to do hard things, and very few books are as candid about how hard those things are.

I’m still fairly skeptical of Horowitz. His success was the result of many rounds of investment, company-building, layoffs, acquisitions, and mergers. Sure, he’s rich and powerful; but what about the people who helped him get there? You can ask the same about Horowitz’s contemporaries — Musk, Bezos, Thiel — and acolytes — Zuckerberg, Kalanick, Neumann. I suspect that in the coming years, we’ll reevaluate these leaders, not as exceptional managers and innovators, but as the biggest beneficiaries of decades of unconstrained growth in the tech industry.