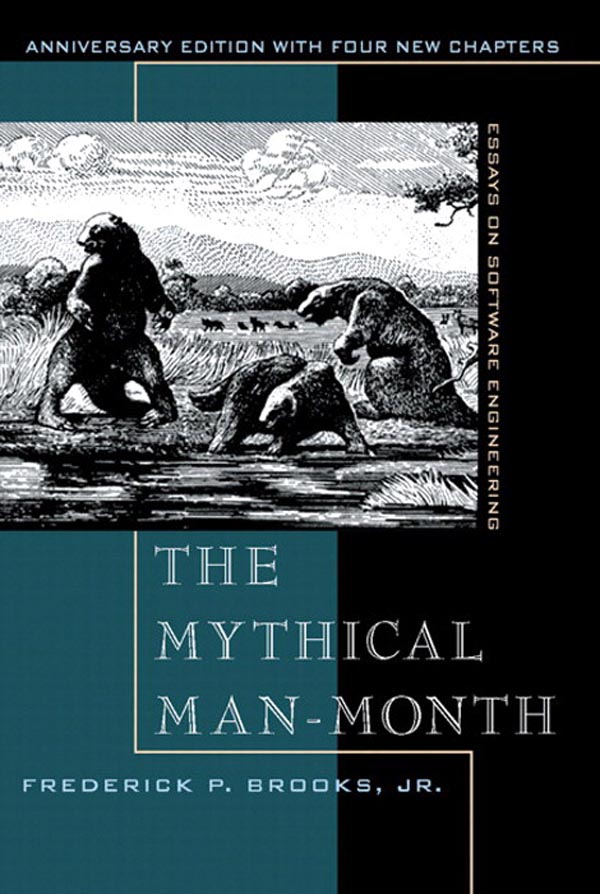 Frederick Brooks was a software engineer and manager at IBM in the 50s, 60s and 70s, overseeing the development of System/360 and other marquee products. This was the first golden age of software engineering. To build software, teams of computer scientists navigated tight constraints, optimizing every bit to run on hardware 100,000 times less capable than the machines we use today.

The Mythical Man Month is the distillation of what Brooks learned at IBM. On its face, it’s a book about software engineering. But as Brooks himself notes, software development (even in the 60s and 70s) shares a lot in common with almost any job. While some of the book is specific to writing code for the computers of the time, most of it is about the communication needs and management challenges of team projects in general.

If you don’t work with software engineers, you can get a lot of the same material from other books. But if you do work with engineers, it’s fascinating to observe just how much has changed since the 60s. Also, it’s amazing that some things haven’t changed at all.