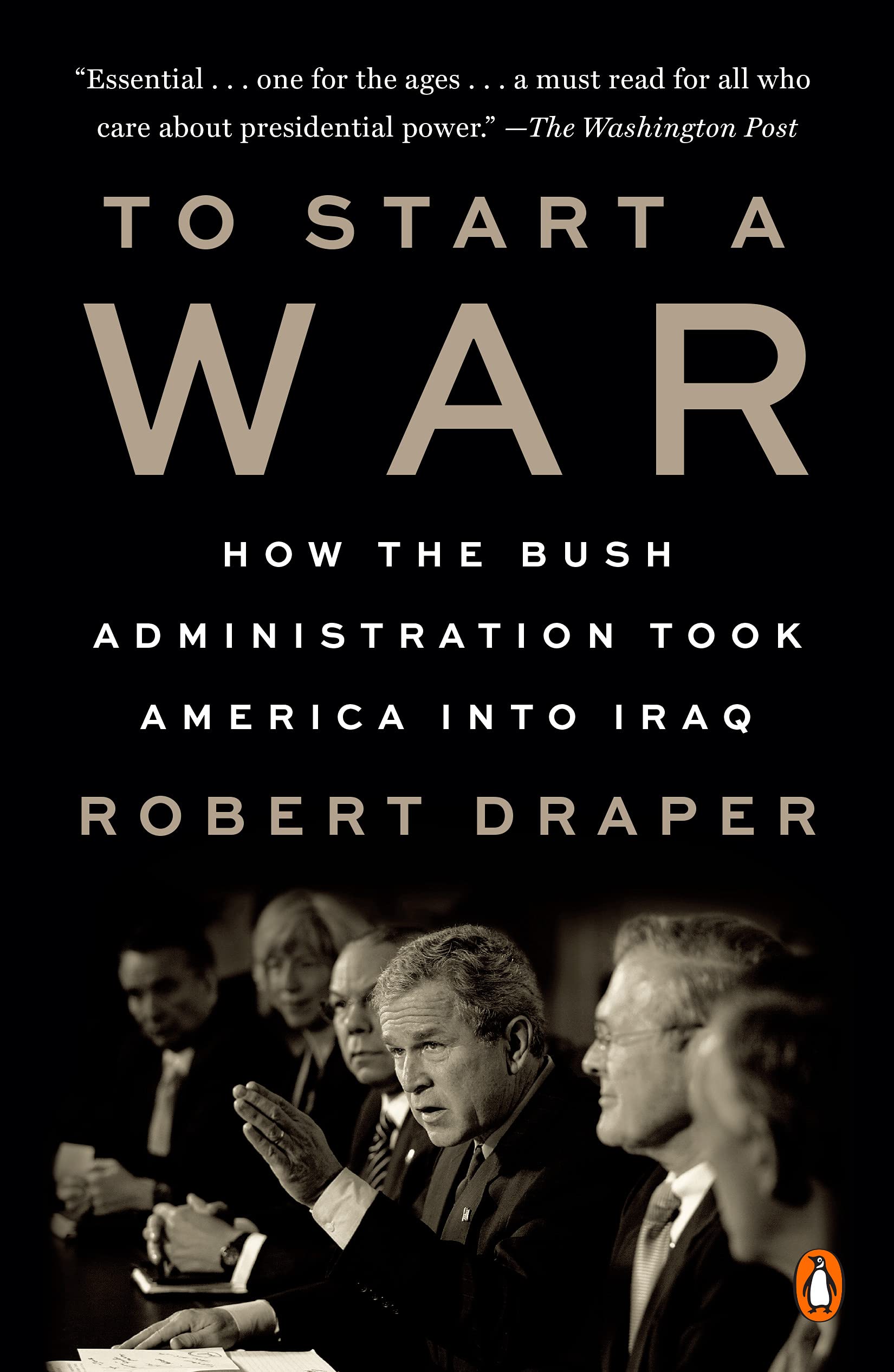 Experiencing 9/11 and the aftermath as a child, I have a very skewed perspective of the pretenses that the U.S. used to invade Iraq. Draper’s book details, in entertaining narrative style, the intricate political mechanisms that worked together to justify the war against Saddam Hussein.

One of the things that sticks out the most is just how avoidable the whole thing was. If any of the major players — Condoleezza Rice, Colin Powell, Dick Cheney, Donald Rumsfeld, George Tenet — had taken an objective view of the evidence central to the case for war, the whole narrative would have fallen apart. Instead, whether through willful ignorance or self-serving bias, thousands of people collectively ordained and blessed the war effort.