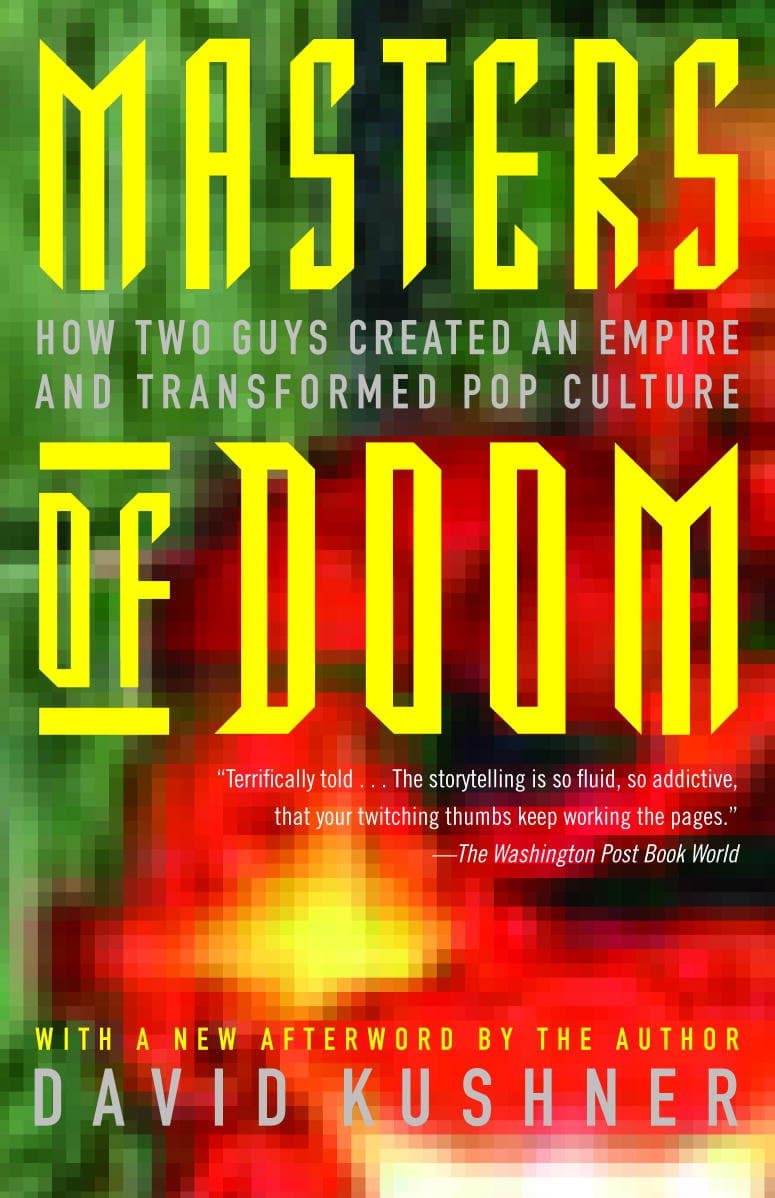 Growing up, I didn’t play much Doom or Quake. I had friends who were rabid fans of the gory shoot-em-up genre, but by the time those games were becoming mainstays, I was thoroughly engrossed in RPGs like Final Fantasy and adventure games like The Legend of Zelda. But two of John Carmack and John Romero’s games were formative in my video game experience: Wolfenstein 3d and Commander Keen.

So, Masters of Doom had me hooked from the start. It’s a really well-researched book, written in first-person accounts with a focus on the personalities of the two Johns. They’re relatable guys, especially to split-brained folks like me: Romero has his creative ambitions, Carmack his obsession with pushing the technical envelope.

Even if you’re just mildly interested in games, this one’s a solid read. It manages to capture the spirit of a very particular point in time, when PCs were turning from nerdy pastime and boring business to massive entertainment machine.