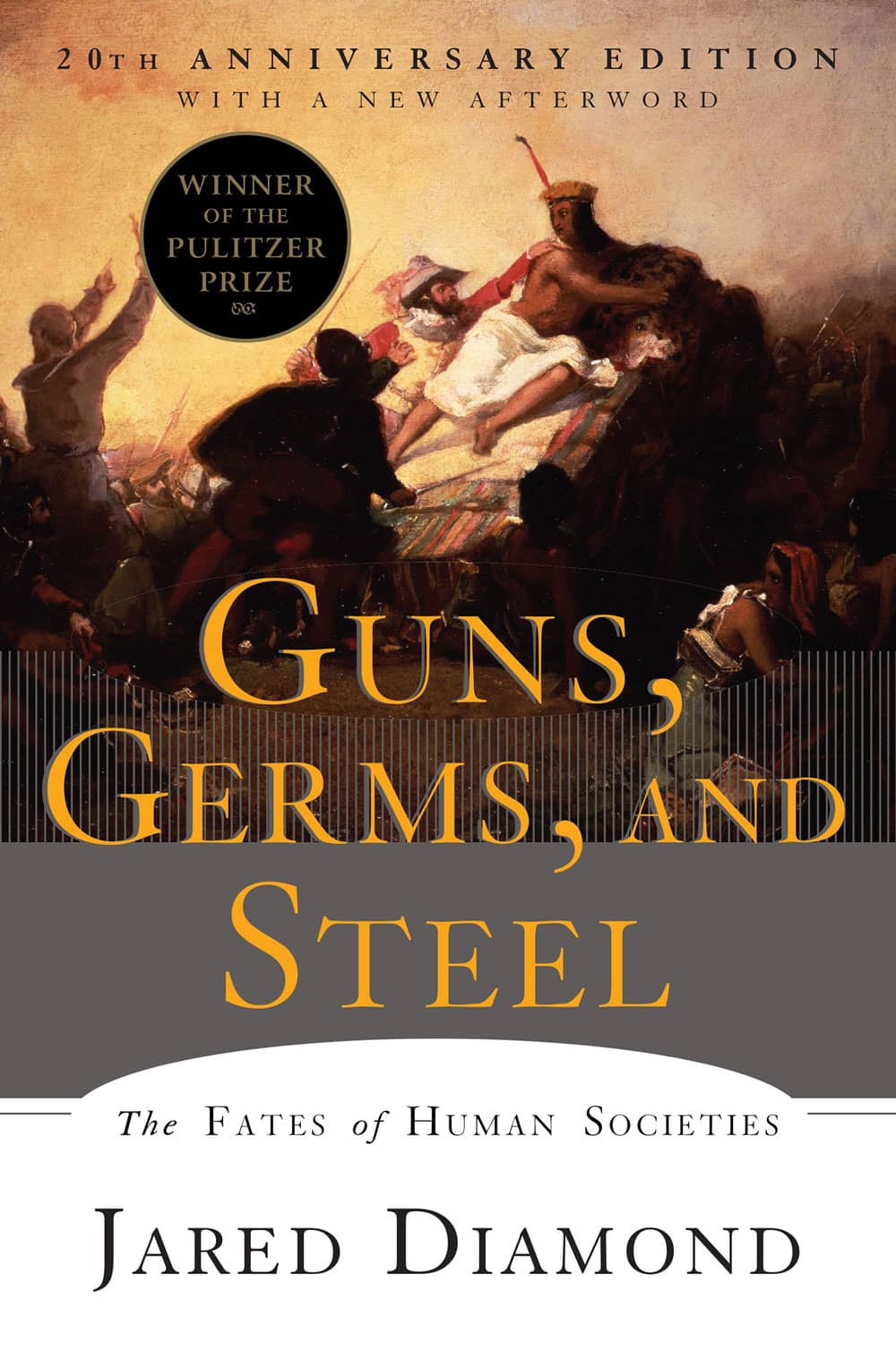 This had been on my to-read list for a while, as it frequently appears on lists of great non-fiction. Based on the title alone, I was looking forward to learning about the technological development of civilizations, specifically how humans figured out how to craft metals beyond the ones that were readily available above the ground.

The book might be more accurately titled “Crops, Animals, Germs, and Languages.” Which is not nearly as catchy a title.

It goes into an amazing level of detail on how the initial conditions of a civilization — what plants and animals thrived in the environment, what geographic features either encouraged or prevented sedentary lifestyles and trade between peoples — dictate how that civilization will look in thousands of years. It’s a pretty radical hypothesis, but one that does away with biological arguments for the supremacy of one group over another, which is something sorely needed to combat some of the systemic racism and classism we are reckoning with today.

The only issue I had was that Diamond tends to belabor his points, repeating them over and over, applying them to every single civilization that sprouted from early hunter-gatherer culture. It becomes very academic and tedious — great for anthropologists and other students of history, not so great for casual learners like me.